I have known Brigita for fourteen years, through perhaps some of the most difficult years of my life, in my capacity as an administrator of my father’s estate. Through thick and thin she was there for me. And, more importantly, for my father’s art. Perhaps out of everything she did for my father’s art and his estate, all of which I have not one second’s doubt my father would have admired, approved and been proud of, it is her trustworthiness and optimism that remain most dear to me. I mention these two particular qualities of her as art expert, colleague and friend because she shares them in her rug Stand, in spite of its sobering inspiration. Stand will be on display in the Dandelion Rugs booth, as part of the International Contemporary Furniture Fair at the Jacob K. Javits Conference Center, May 14-17, 2016. 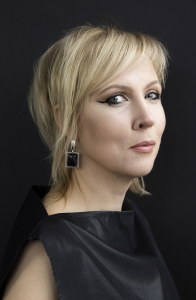