Since there’s a conversation on the merits or demerits of Richard Prince’s recent “transformation” of photographs lifted from Instagram happening on the Facebook wall of my friend John E. Simpson, after he posted this article, I came across a different one, which said, among other things, “Everything inspires everything. But this isn’t an excuse to blatantly steal. If I plagiarize a column from Saltz and replace his byline with mine, would he consider it genius?” – Allen Murabayashi

I think the answer is that it would still be plagiarism if the only thing Allen Murabayashi replaced was Jerry Saltz’s byline.

However: What if Murabayashi were to take Jerry Saltz’s text and reformat it with different calligraphy and computer fonts; in much the way Richard Prince took Instagram photographs and “transformed” them using silkscreen? Would Jerry Saltz’s text be considered sufficiently transformed that it would become Murabayashi’s to sell, for as much money as his “transformation” could attract? Or could Jerry Saltz claim that merely altering the font and “look” of the text didn’t transform the originality of his thought realized through his choice of specific words?

At what point, or in which way, can one use another person’s writing, verbatim, and claim that by manipulating it visually– that is, calligraphically–the text itself has been transformed? Because that seems to be at the heart of the Prince argument and his “transformations” of other people’s images.

And if I alter this remediated image of Prince’s exhibition of photographs he appropriated from Instagram, does my remediated image qualify as an original work of art? Perhaps. At the moment, however, it simply qualifies as fair use, having been published in news articles and reposted widely on the Internet. 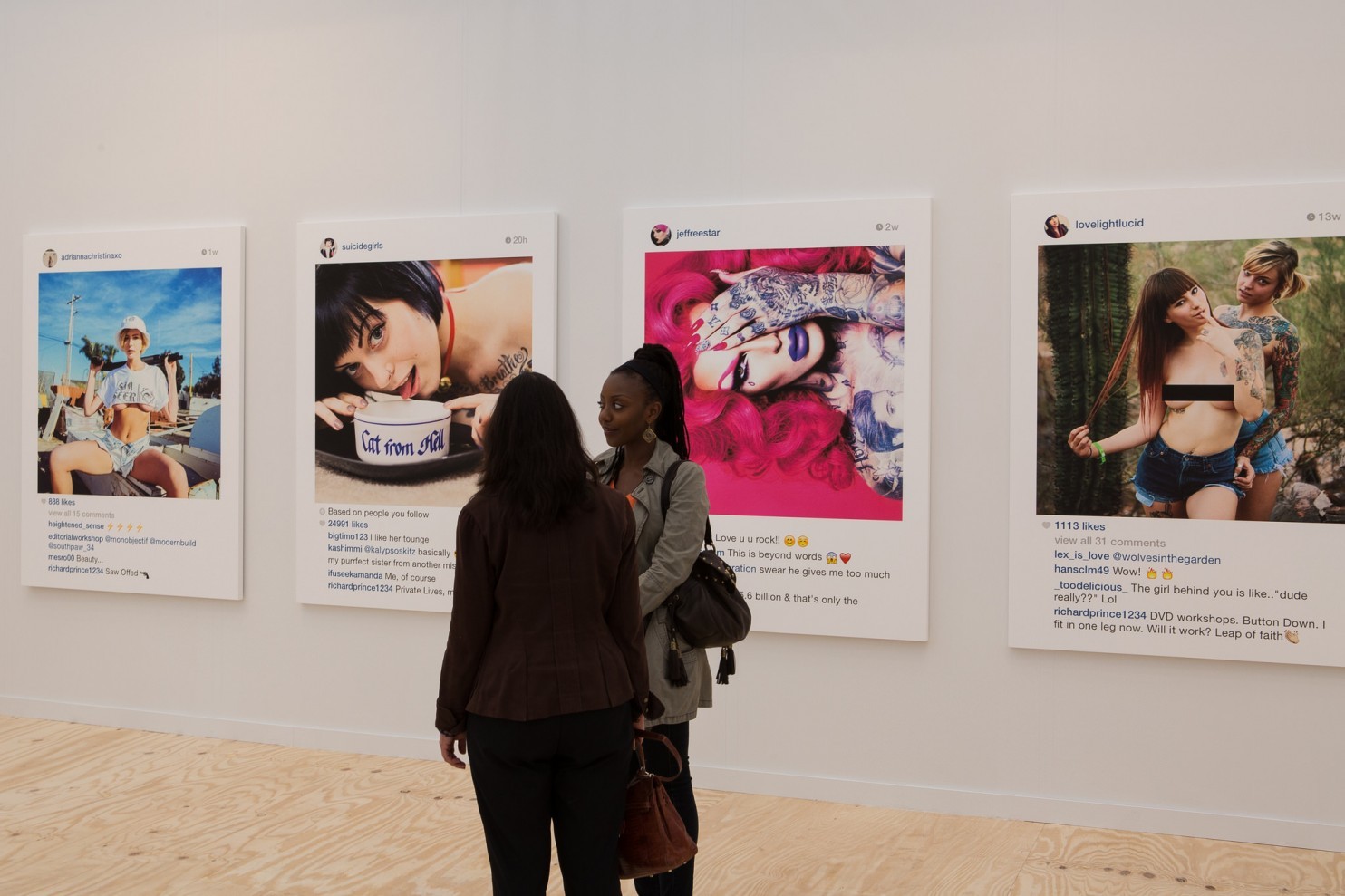